For Middle Income Americans Obamacare Coverage Is Worse than Nothing 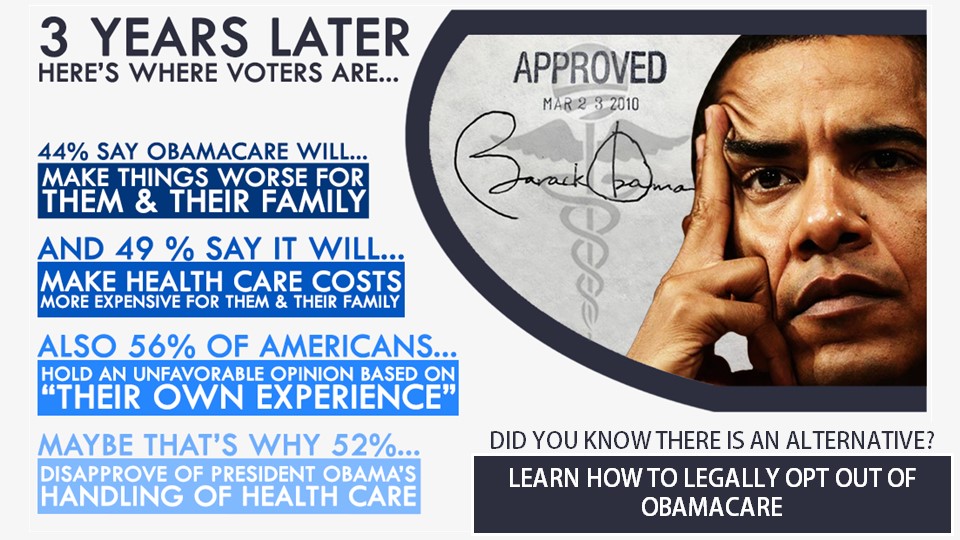 For Middle Income Americans Obamacare Coverage Is Worse than Nothing


Under Obamacare people with health coverage can rack up huge medical bills despite having insurance. That’s because, for the majority of middle income Americans, the only coverage they can now afford are plans that feature excessively high deductibles – and because those are so expensive they do not have money left over to fund a health savings account to pay for the cost of deductibles and co-pays.

Here’s an example:  A couple in their mid-40’s with no pre-existing conditions will pay an average of $800 per month and have a deductible and co-pay that will require them to spend $13,000 before their insurance kicks in.

By design, Obamacare is a bad deal for most people.   Except for the unlucky few who experience catastrophic health issues, the vast majority of Obamacare enrollees would be better off without Obamacare.

According to Deveon Herrick, health economist and a senior fellow at the National Center for Policy Analysis (NPCA), this is because deductibles in the exchange have risen to the point that most enrollees pay virtually all their routine medical needs out of pocket. With deductibles of $5,000 or more becoming common, Obamacare is becoming little more than a sickness tax on people who don’t expect to reach their deductibles. It’s an unofficial tax on most enrollees to reward insurers and offset some of the cost of insuring the few people with major health conditions.

It’s rather sad when you realize the Affordable Care Act made health care unaffordable for most Americans.   However,  in 18 states (Alabama, Arkansas, Florida, Illinois, Iowa, Kentucky, Mississippi, Nebraska, North Carolina, Ohio, Oklahoma, Oregon, Pennsylvania, Tennessee, Texas, Virginia, West Virginia, and Wisconsin) there is an alternative.  For more on that visit us by clicking here or call us at 1-800-257-1723.